Sentiment analysis has been portrayed, variously, as a linchpin of the New MR and as snake oil that produces pseudo-insights that are little better than divination. Who’s right?

Me, I’m with the first camp. Automated sentiment analysis, powered by text analytics, infuses explanatory power into stale Likert-reliant methodologies and allows researchers to stay on top of fast emerging trends, and to tap the unprompted voice of the customer, via social listening. 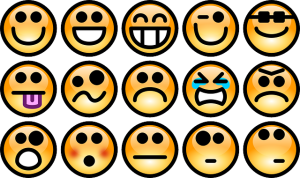 I suspect that most in the second, nay-sayer camp have distorted ideas of sentiment analysis capabilities and limitations. These ideas have perhaps been engendered by extravagant and unsupported claims made by less-than-capable solution providers. Whatever their source, I’ve take it on myself to debunk them, to give a truer sense of the technology.

We aim to encourage appropriate use of sentiment technologies and to discourage their misuse. Call the effort market education. I do a lot of it, via conferences such as my up-coming Sentiment Analysis Symposium, taking play July 15-16 in New York, and via articles such as this one, which offers —

Alright, there’s my take. Consider it when you design your next survey — don’t shy away from free-response verbatims — and as you wonder how to bring social-media mining into your studies. Think about the variety of affective-computing methods available to you and which might help you, in conjunction with behavior analyses and more advanced segmentation, generate insights that your clients can act on. Market researchers and insight pros, relook sentiment analysis in order to add New to your MR.